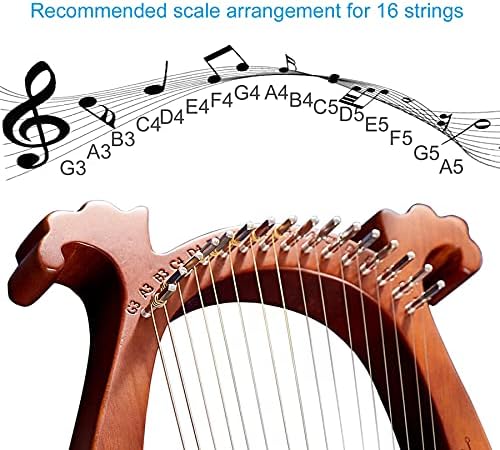 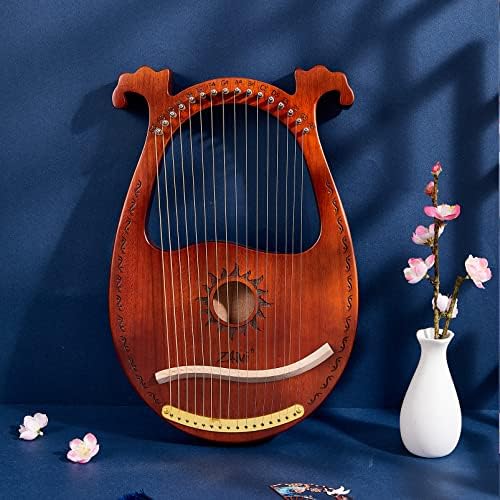 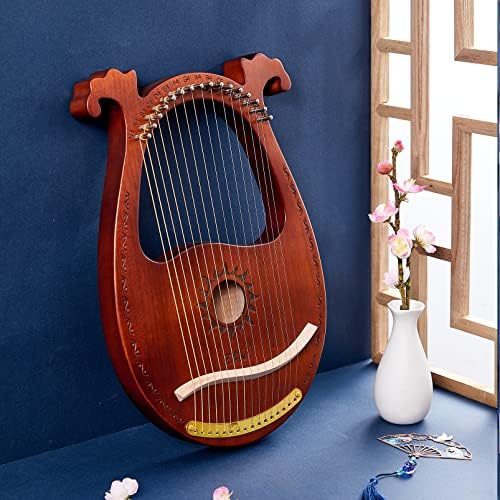 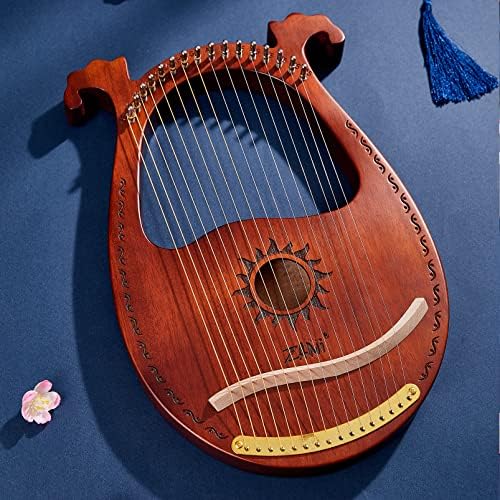 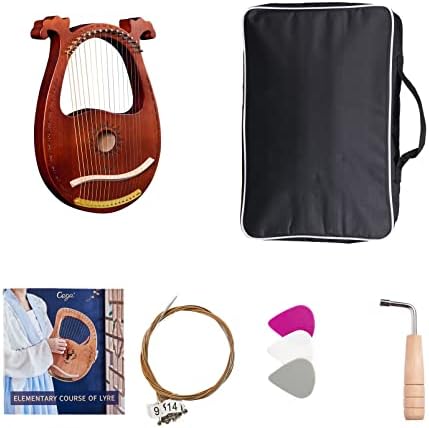 The lyre is an instrument used by Apollo and the legendary Thracian poet Orpheus. Its strings echo the harmony of heaven. The purity of its timbre is in sharp contrast to the hoarse timbre of flute or Eros, which symbolizes two opposites of human nature: Apollo’s temperament (civilized and quiet) and Dionysus’s temperament (indulgent and licentious). In Greek mythology, the contest between Apollo and Mathias is a model of the confrontation between the two temperaments. It is said that the lyre was born in the Renaissance (14th-16th century). At that time, most of the paintings were based on religion and Greek and Roman mythology. When people looked at the God holding the lyre, they could not help but wonder how beautiful the musical instruments used by the angels could make a sound. So some people made the lyre according to the picture. Pakaging List 1 * Lyre Harps 1 * Lyre string 1 * Tuning wrench 1 * Gig Bag 1 * Instruction book 1 * Polishing Cloth 2 * Picks
About Tuning: The lyre harp kit comes with a tuning wrench, you can use the tool to adjust the tension of string by turning clockwise or counterclockwise. The shorter the string is, the higher tone you get. And so does the tension of strings. Pitch can refer to the popular tuning software app.
Cool Design: The dignified and beautiful image of the lyra harp is a symbol of the lyrical poet Erato.The sun pattern on the sound hole symbolizes Apollo, the god of light and music. Playing Lyaqin is an important way to learn Greek music box poetry.
Easy to Learn and Play: Lyre is a simple musical instrument, and there are plenty of learning materials on the Internet. So it’s the best gift for kids, adults, beginners, sweetheart, friends, professionals and bands.
Hand orientation: ambidextrous

There are no reviews yet.

Added to wishlistRemoved from wishlist 0

Added to wishlistRemoved from wishlist 0
$67.99

Buy Now
About us

Karaokemaniac.com is a participant in the Amazon Services LLC Associates Program, an affiliate advertising program designed to provide a means for sites to earn advertising fees by advertising and linking to Amazon.com